The following timeline includes important developments in the medical and public health control of VD control and relevant political and cultural events. I have provided some references to the books and articles listed under "Recommended Reading." See that page for more sources on VD and related topics.

Detail from "Syphilis, Its Cause, Its Spread..Its Cure!"

Albert Neisser, a German physician, discovers the bacteria that cause gonorrhea (Neisseria gonorrhoeae, or gonococcus).

An antibody test for syphilis is developed by three researchers at the Robert Koch Institute for Infectious Diseases. It is referred to as the Wassermann test, named for August Paul von Wassermann. Other versions of this test are developed in the early twentieth century such as the Kahn test and Kolmer test.

German scientist Paul Ehrlich develops a chemotherapeutic treatment for syphilis, arsphenamine (marketed under the name Salvarsan). After experimenting with hundreds of versions of the compound, the 606th one proves effective. Injections of this arsenic-based preparation remain the accepted treatment for syphilis until the discovery of penicillin in the 1940s. 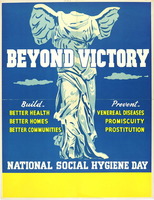 Congress passes the Chamberlain-Kahn Act in response to greater concern over VD during WWI. The bill creates a Division of Venereal Disease within the USPHS. (Brandt)

Thomas Parran is appointed Director of the VD Division of the USPHS. (Snyder)

Paul de Kruif publishes Microbe Hunters, a popular history of significant discoveries related to infectious diseases. One chapter details the work of Paul Ehrlich. Editions of this book are published throughout the 1930s and 1940s. (Hansen)

The Rosenwald Fund partners with the USPHS in order to complete surveys measuring rates of syphilis among African American communities in Mississippi with widespread testing. They later carry out “demonstrations” in 6 counties to try out new methods for VD control in rural areas. Preliminary efforts are cut short by the Great Depression when funding dries up; however, the high rates of syphilis in some of these poor rural counties gives impetus for the USPHS Syphilis Study at Tuskegee (1932). (Jones, Reverby) 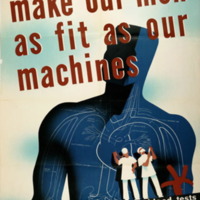 The USPHS Syphilis Study at Tuskegee begins. This study withheld treatment from Africa American men with late syphilis in order to study the long-term effects of the illness. Participants were told that they had “bad blood” and were misled about being treated. Instead of receiving the accepted treatment of the time they were given older methods believed to be ineffective or other palliatives. Underlying the premise of this study was the idea that syphilis manifested differently in black and white bodies. The study continued until 1972. (Jones, Reverby)

The Columbia Broadcasting System (CBS) censors Parran from the radio. He was scheduled to give a talk about “medical economics” that included the word syphilis. When CBS informed Parran he had to remove the word from his talk he refused to appear. The event received a significant amount of press coverage and was later often credited with breaking the silence on the issue of venereal disease within the media. 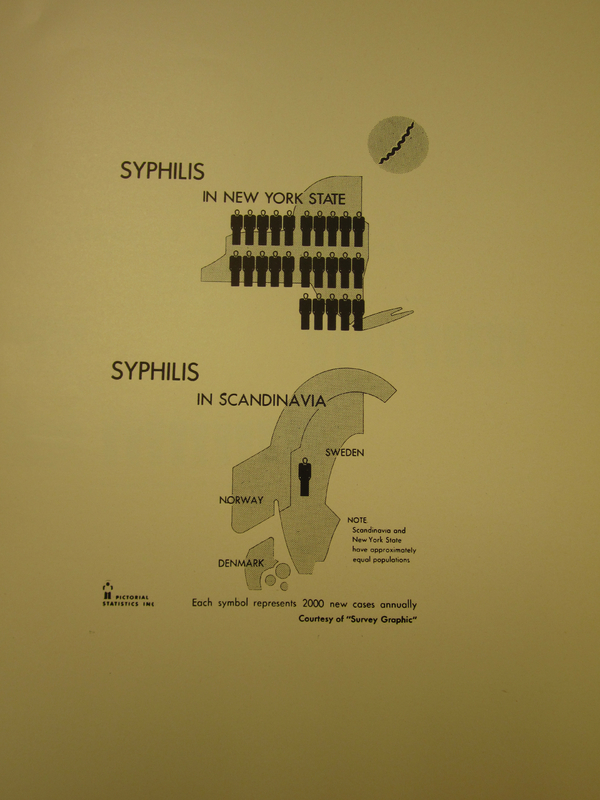 Parran visits Scandanavia, learning about their approaches to VD control. Their comprehensive public health programs became models invoked by Parran and others.

The USPHS carries out the National Health Survey, investigating the health of millions of Americans. The statistics about health and disease were often use to support arguments for more comprehensive health programs. (-1936)

FDR appoints Parran to the position of Surgeon General of the USPHS.

Parran writes “The Next Great Plague to Go,” an article on syphilis for Survey Graphic, a progressive periodical. Included in the article are many pictorial statistics (infographics). Reader’s Digest publishes a version of the article. Reprints of both articles reached hundreds of thousands of more readers. The infographics were also commonly reproduced in newspaper articles and as posters.

About 1000 medical and allied professionals attend a symposium on VD control in Washington D.C. The meeting was prompted by Parran's article and appointment.

Chicago begins the Syphilis Control Project. The city remained a leader in VD control throughout the era.

Parran and de Kruif write “We Can End this Sorrow”, an article on syphilis for Ladies Home Journal, which had a circulation by 1940 of over 3 million. The magazine runs advertisements specifically to promote the article. The editors of the magazine, Bruce and Beatrice Gould, are vocal supporters of Parran and VD control during this period.

Parran publishes Shadow on the Land: Syphilis. The ASHA publishes a more affordable educational edition soon after its release.

John Mahoney demonstrates effectiveness of sulfa drugs for treating gonorrhea. They remain the accepted treatment until Mahoney finds penicillin to be an effective treatment. 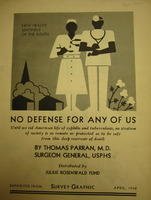 Parran publishes the article "No Defense for Any of Us" in Survey Graphic. It addressed tuberculosis and venereal disease among African Americans. Similar to his earlier writings, it used infographics to highlight may of its important points.

Congress passes the Venereal Disease Control Act. The bill appropriated $3 million for the 1938 fiscal year. It planned for increased funding in the following years.

The federal government enacts the Food, Drug, and Cosmetic Act of 1938, which expands the authority of the Food and Drug Administration. Relevant to VD control is not only greater regulation of drugs but also medical devices such as condoms.

The Federal Theater Project play about syphilis, Spirochete, is first staged in Chicago in April. The show opens in February of 1939 in Seattle, Portland, Boston, Cincinnati.

The New York World’s Fair is open in Flushing, NY. Some of the medical and science exhibits address syphilis and social hygiene.

In September after Germany invades Poland, FDR declares a “national emergency.” The US begins taking steps towards mobilizing for possible war.

Warner Brothers (WB) releases the feature film Dr. Ehrlich’s Magic Bullet, which dramatizes the life and work of Ehrlich. The USPHS worked with WB to develop the film. Later, the USPHS created a short, 1-hour version of the film focused just on Ehrlich’s syphilis research to use for VD education. (Parascandola)

The ASHA begins its Industry Project to create materials directed at workers.

Congress passes the Selective Training and Service Act, which required the registration of men with local draft boards. All men who registered had to undergo a medical exam that included a syphilis test. Initially, men who tested positive for syphilis (or gonorrhea) were rejected for service.

The Social Protection Division (SPD) is established. It is responsible for programs to suppress prostitution during the war and is also concerned with other social hygiene issues such as juvenile delinquency. (Hegarty)

Congress passes the May Act, which makes prostitution within the vicinity of military camps a federal offense. This allows the national government to step in and shut down red light districts when state and local authorities failed to do so. (Hegarty)

The WPA Commissioner, Howard O. Hunter, announces the beginning of a nation-wide VD control program by the organization to assist health authorities with their efforts to curb disease rates.

Parran and Assistant Surgeon General R.A. Vonderlehr publish the book Plain Words about Venereal Disease, which strongly criticized the failure of the military to crack down on prostitution and the government generally to invoke the May Act. The book was initially very controversial and caused a stir among officials and the press.

The Japanese attacked Pearl Harbor and the US formally enters WWII.

Interdepartmental Committee established with members from Federal Securty Administration, War Dept., Navy Dept., Department of Justice, and the ASHA. The committee was created to coordinate VD control among these different entities.

The Army changes policy on VD rejection from Selective Service. Non-acute cases will be accepted and treated. At the end of the 1940s the military also ended its policy of punishing men who contracted venereal disease during their service.

President Roosevelt approves plan to use CCC and other buildings as VD Rapid Treatment Centers for women. (Parascandola)

Mahoney demonstrates effectiveness of penicillin against syphilis. Industrial capacity to produce penicillin is limited, so most patients with VD are still not treated with the antibiotic. Priority is given to servicemen at the battlefront who need it for serious injuries or those whose infections have been resistant to other drugs. There is limited civilian access to penicillin for VD treatment until production increases tremendously at the end of the way.

Conference with Negro Leaders on Wartime Problems in Venereal Disease Control held. ASHA begins Negro Project. Both were intended to reach out to African American leaders and organizations to try and develop VD control programs and materials to reach black communities.

Congress repeals section of law that required forfeiture of pay by people in military while getting treatment for VD. Servicemen were not punished if they reported exposure and received treatment.

National Conference for Postwar VD Control held. Leaders were particularly concerned about the ramifications of demobilization on rates of venereal disease.